Australia’s only Mongolian throat singer & Mongolian horse fiddle player (Morin Huur is a  two-stringed fiddle, with a horse-head carving crowning the instrument) is  Bukhchuluun Ganburged (Bukhu) a master student of the Music and Dance Conservatory of Ulaanbaatar.

Bukhu performs the folk music of Mongolia, while exploring the aural dimensions of sounds generated by traditional instruments and harmonic overtone vocal techniques.  Bukhu embodies the spirit of reinterpreted narratives through verse. Transmitting the harmony of Mongolian nomadic and Shamanic culture through time and space with an enchanting mix of folk traditions, contemporary influences 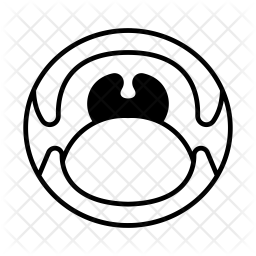 Two of the most renown throat singers Bazarsad and Sundui, were also famous wrestlers. The ideal age for wrestling is 25 the peak of male human strength. Unless the performer has this strength and years of disciplined training performance is believed to be harmful for the body.

In Mongolia throat singing (Khoomi singing or Harmonic Overtone Throat Singing) is an ancient art form whereby the singer uses the voice to create anywhere from two to four notes at the same time generating a sound that appears to be several voices at once! Originally a horse based nomadic culture many Mongol herdsmen can throat sing & like the many original music cultures sounds are thought to mimic nature.

Throat singing is said to have developed centuries ago by nomads in a region called Tuva, an independent republic between Mongolia and Siberia, though it is practiced in the Altai region of western Mongolia. The practice is said to have originated in a contest between rural herdsmen to see how far could get voices to carry through valleys,

What to Wear?
Usual School cloths or Loose fitting/PE