The term ‘Disc Jockey’ abbreviated ‘DJ’ refers to the combination of ‘disc’, referring to disc records and ‘jockey’, an operator of a machine. American radio commentator Walter Winchell first coined the term in 1935, which subsequently caught on and appeared in print in 1941. Originally ‘disc’ referred to phonograph records, although today, the term includes all forms of music playback. A DJ is described as a person who plays recorded music via broadcast or live to an audience. 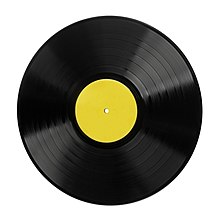 In 1909, at age 16, Ray Newby of California made history becoming the first ever DJ broadcasting records from a small transmitter while he was a student in college.

History credits DJ Jimmy Savile for hosting the world’s first DJ party; playing jazz records live to his audience in England in 1943. Four years later, Paris nightclub ‘Le Whisky à GoGo’ began as the world’s first commercial disco club, featuring all music from records in replace of live bands. Hereafter, discos spread throughout the United States and Europe. As the nightclub scene continued to boom, new equipment was introduced to the market in the mid ‘60s. Consequently, special techniques evolved including ‘slip-cuing’, ‘beat-matching’, ‘scratching’, and ‘break’. The 70’s produced the disco era, combining hip-hop and electronic music and removed live acts completely. In the early 80’s, Chicago nightclub ‘The Warehouse’ opened allowing DJ’s to create an entire new sound, dubbed ‘House’ music. Detroit did much the same and ‘Techno’ was born. It was during the early 90’s that the popularity of the rave scene brought DJs into celebrity status. Our workshops are highly entertaining, encouraging creativity and provide lots of fun!

What to Wear?
Usual School cloths